You Are Here: Home » Archive » Theatre group brings ghosts of Christmas to life 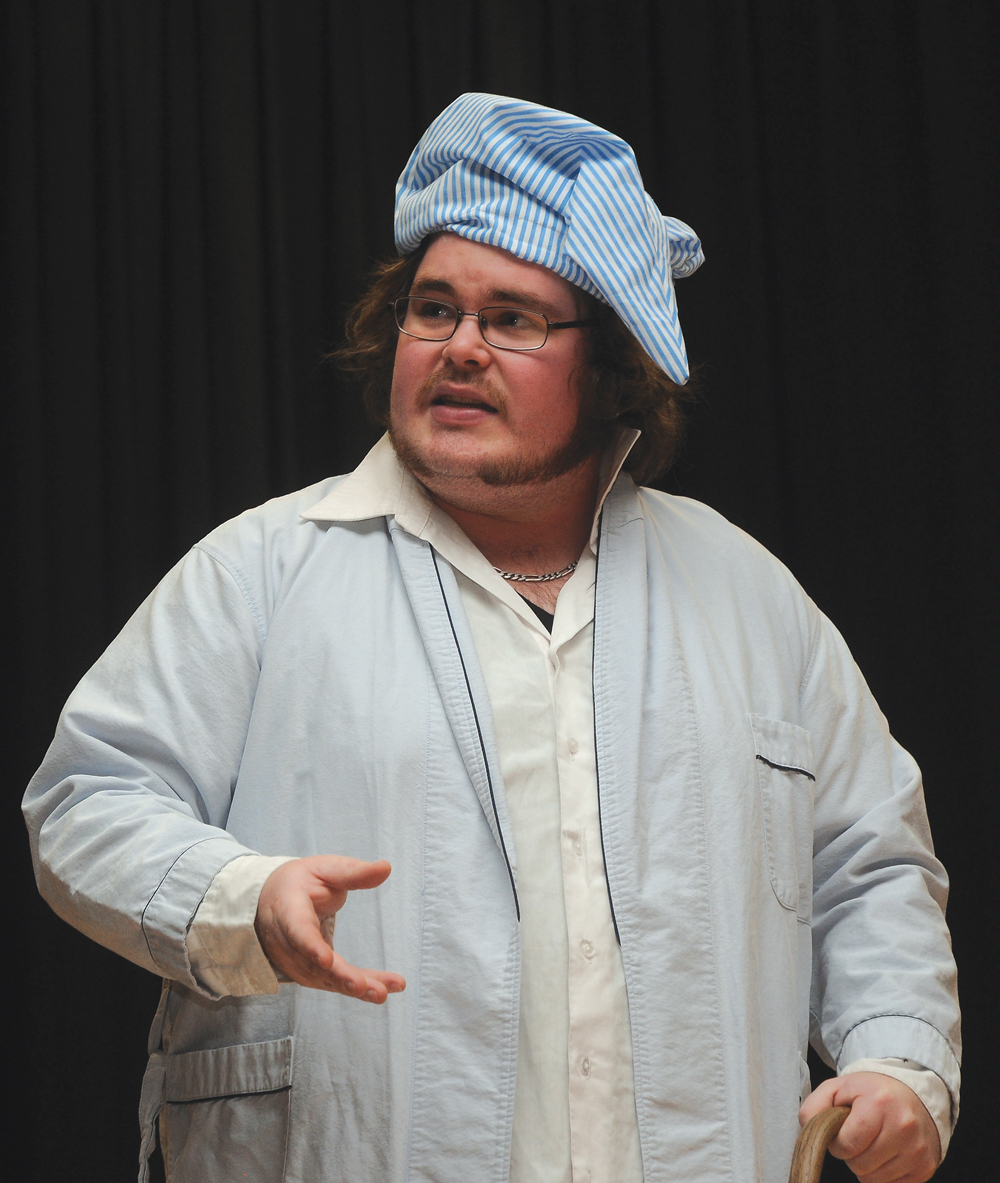 Local thespians will bring Charles Dickens’ A Christmas Carol to the stage, Dec. 13.

Although a classic tale known by most, the Jasper Theatre Company has added a slight twist to the production: throughout the play, film clips from various renditions of the story will be shown on a projection screen next to the stage.

John Strugnell, the play’s director and narrator, said it was Marianne Garrah of Habitat for the Arts who thought of including video in the show.

“People are coming expecting a very classic story to be retold and we had to figure out a way to do that in our way and in a way that works here in Jasper,” said Strugnell. “The mixed media that we’re using will definitely make it different.”

But, even with the twist, the classic tale of Ebenezer Scrooge will remain the same. As in the original, the word “humbug” will ring out and the ghosts of Christmas past, present and yet to come will all make an appearance, as will Tiny Tim and Bob Cratchit.

And, of course, Scrooge will change from his wretched self into a joyous, giving man, whose heart is filled with love.

Playing Scrooge in the production is Matt Turnbull, a mainstay in the Jasper Theatre Company’s productions. Other familiar faces are Jonathan Thornton, Stephanie Beyko and Lena Olson, all of whom were in the theatre company’s last production: Bedrooms, which was performed at the Jasper Legion in May.

There are also new faces joining the ranks, including Julie-Anne Weaver and DJ (Klem) Klymchuk.

The cast and crew have had a “nutty” seven weeks to throw the show together, said Strugnell, who shares the role of director with Jodi Hawkins.

“For people to be able to memorize their lines and be able to deliver that quickly is really exceptional,” he said. “A lot of people were off script within a month. Everybody is really committed and really awesome.

“The characters are bang on, and the roles are fun for everybody. It’s really coming together.”

Tickets for A Christmas Carol, which is being presented at the Jasper Activity Centre, Dec. 13, along with dinner by Elizabeth Prinz, are on sale at Tekkara Color.

There will also be a matinee presented to school children Dec. 12. The students will pay $2 or a food bank donation. The funds raised from that show will go directly to Habitat for the Arts, who is presenting the production with the theatre company.

“The matinee for the schools is a great way to expose children to local theatre without a $50 price tag,” said Strugnell, and it’s also an opportunity to introduce them to a 170-year-old classic.