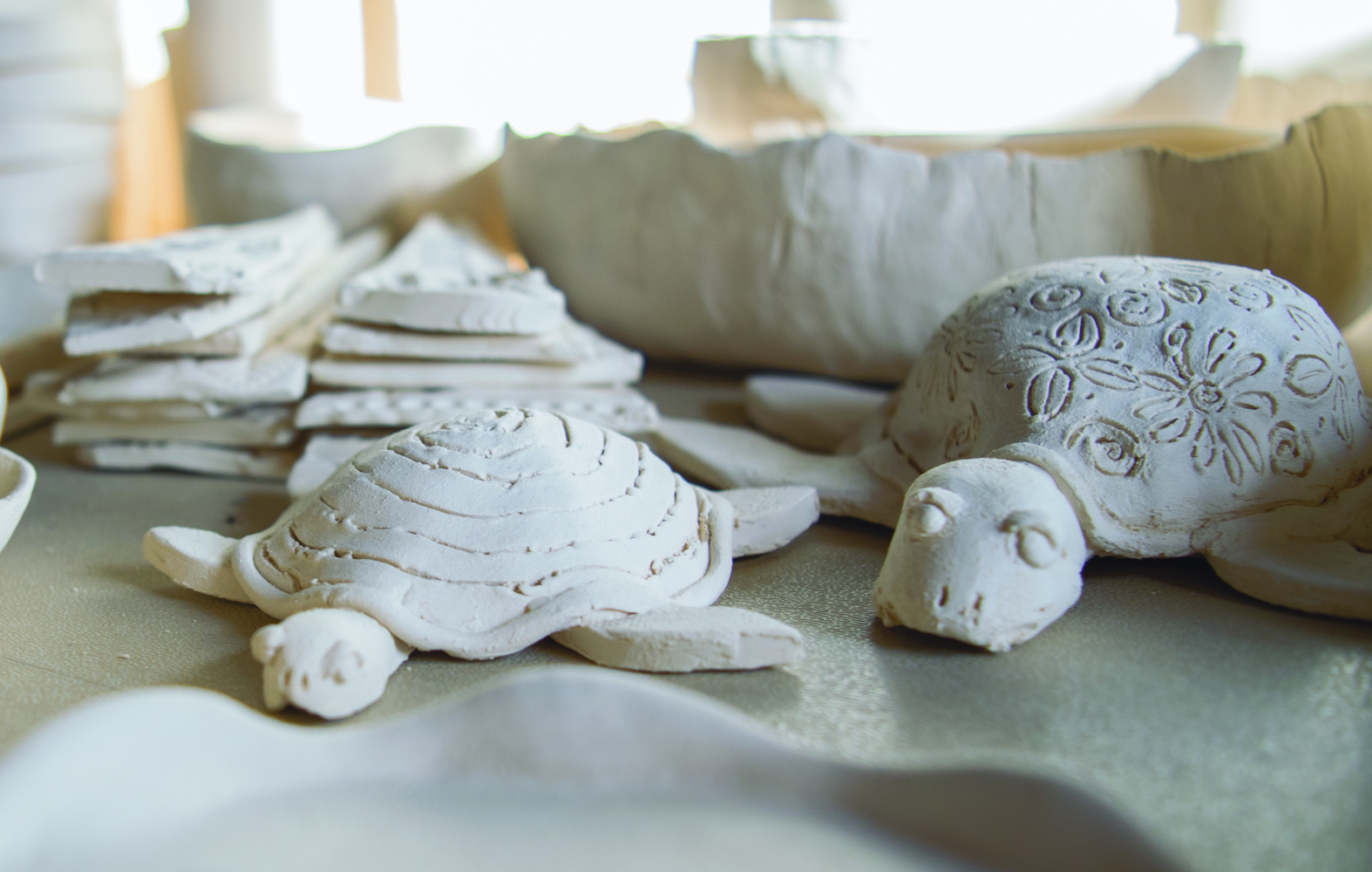 Clay pieces created with the new kiln await the next step at Habitat for the Arts, which is seeking more than $50,000 in support from the town’s 2019 budget. | File photo

Jasper’s Habitat for the Arts embodied, Marianne Garrah and David Baker appeared before town councillors at a committee meeting Nov. 13 asking for rent forgiveness to the tune of about $20,400 per year and another $35,000 in cash to help the group spread its wings.

Since the town’s new cultural centre and library was opened in 2016, Habitat has been happy housed on the second floor, above the Jasper Artists Guild’s gallery. Council meetings are held in the Quorum Room in the basement.

They said it’s better than the four years they spent without a bricks and mortar location, running a community arts program out of a proverbial shopping cart. It was an art cart.

But Garrah called the rent payment a “blight” on the balance sheet they present when applying for grants and such.

“Funders don’t like a commitment like that,” Garrah said outside the meeting. She said most grant applicants don’t have a bricks-and-mortar facility to support. “Waiving the rent is a big deal.”

There’s no risk of Habitat shutting down but Garrah said with stable funding they could keep the doors open for more than the current 20 hours per week and could make major purchases like the new clay kiln without having to fundraise for a year or longer.

“At this time 20 hours has kept the space active which does not include the office paperwork, grant seeking, education of our administrators or the reporting to funders and sponsors,” read a letter Garrah and Baker signed and presented to councillors Tuesday.

The figure Habitat is seeking isn’t dissimilar from the $49,000 the Jasper Yellowhead Museum and Archives received from the town in 2017 after submitting a new business case.

Chairing the committee meeting, Coun. Rico Damota aptly observed that Habitat had timed their request well, since 2019 budget talks are about to begin.

He asked how much of a burden the kiln is on the building’s hydro bill. Garrah said she’d asked for the cost of the kiln’s power from the overall bill but hasn’t gained any insight. She said it takes two days to fire up and two more to cool down.

Based on the 2017 budget projections published by the town near the end of 2016, the culture and recreation division, which includes the Jasper Activity Centre and the museum, accounted for 27 per cent of all expenses last year.

That’s a hair shy of $2 million, tying it with operations as one of the two largest pieces of the pie. The next largest share, 14 per cent, went to finance and administration.

Some programs that are catching on at Habitat include artist-led group paint nights and pottery days feeding the new kiln.

They held 140 such events in the Habitat space and another 31 in other locations like the Legion last year, where you can paint with a beer. Paint and drink beer. Paint a canvas and drink beer from a glass. If you’re painting with the beer, it’s cab-calling time.

Garrah said it’s getting to the point where the price they have to charge for events, including large ones like the upcoming holiday dinner theatre, is prohibitive.

With a steady budget from the town “you’d see an increase in programming and tools for the community to use,” she said.

Coun. Helen Kelleher-Empey said the program is “awesome for the community.”

Coun. Jenna McGrath thanked Garrah and Baker for the “passion” they have for making art available to the community.