You Are Here: Home » Archive » Culinary institute a possibility for Jasper

Culinary institute a possibility for Jasper 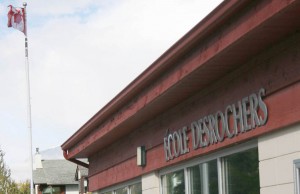 Plans for a culinary school in Jasper are picking up steam, after a visit from the president of Grande Prairie Regional College last week.

The college has its eye on the space in the Jasper Legion that was recently vacated by École Desrochers, and has floated the idea of using it to open a culinary institute.

After meeting with several interested parties, Don Gnatiuk said he is very excited with the response Jasper has shown for the idea.

“There’s a lot of enthusiasm for the project,” he said in an interview Dec. 15. “I believe there’s a good project there. Now it’s a matter of how far we want to go with it, and what money is available.”

Gnatiuk’s fact-finding mission led him to meetings with the Jasper Park Chamber of Commerce, municipal council, the Jasper Hotel Association, Parks Canada and Jasper Community Habitat for the Arts.

The idea was to gauge the feasibility of launching such a project in Jasper, and what kinds of support organizations in town were willing to give. He said that after those meetings the project’s scope has widened.

“We’re looking at a culinary school and beyond,” he said, mentioning a whole host of hospitality training options the institute could offer.

“They’re looking at training [people] to be the host of a restaurant; being the maître-de; all of that front-end stuff,” said David Baker, of Jasper Community Habitat for the Arts.

Baker was part of one of the meetings with Gnatiuk, and said that future discussions will look at other ways to use the space, aside from just training chefs.

Marianne Garrah is also with the organization, and said she is very excited about what else the institute could mean for Jasper.

Along with training chefs and hospitality staff right in town, she pointed out that such a facility would be perfect for integrating experiential travel into the Jasper experience, and she talked about things like weekend courses for tourists, and special events throughout the year.

“There’s so many ways to tie a culinary experience into Jasper,” she said, pointing to events like Christmas in November as an example.

Those prospects also intrigue the chamber, which, according to manager Pattie Pavlov, is enthusiastically behind the project.

“I can only speak for the chamber, but I would state emphatically that we are 100 per cent behind it, and feel that it would be a very good thing for Jasper,” she said.

Pavlov added that while the project is by no means a done deal, Gnatiuk seemed buoyed by the support the chamber and other organizations voiced during the meetings.

Although most of the organizations are wholly on board, Gnatiuk said there are still many more steps between the proposed project and reality.

“There’s support for it, there are options for it; GPRC is keen to do it, there is no question. We have talked about it internally and at a board level, and there is interest.

“Now we need to say, what’s right in terms of the sustainability model: what do we do that is sustainable and real? So it’s about the business case now.”

In order to open the institute, the college will need money from the provincial government, and Gnatuik said the next step for GPRC is to prepare a report with all of the information he’s gathered.

He said government support is by no means a guarantee, especially as falling oil prices continue to cut into the provincial coffers.

But the report will be finished sometime in January, and once it’s submitted, it will be a waiting game until the government responds.

“Right now it’s full-steam ahead as we try to figure it out.”

That’s promising news for the Jasper Legion, which has been desperately seeking a tenant to move into the vacant space, as it relies on the rental income to stay afloat.

To date, it has had difficulty securing a tenant because of the building’s institutional zoning, which eliminated many commercial candidates who were interested in the space.

Earlier this year, Legion President Ken Kuzminski—frustrated by the strict regulations—filed an application to demolish the space, rather than leave it empty.

With GPRC showing real interest, Kuzminski has put the application on hold.

Gnatiuk was careful, though, to point out that it is by no means a done deal.

“I was very careful not to create false expectations. I don’t want people to think this thing is in the bag—there’s just too much ahead yet.”