You Are Here: Home » Archive » Canadian cult classics coming to a cinema near you

Canadian cult classics coming to a cinema near you 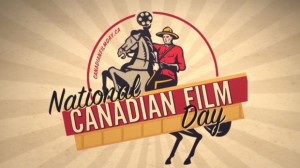 Canadian film lovers will get an opportunity to regale themselves in some Canadian cult classics during National Canadian Film Day next week.

For the second year running, Jasper Habitat for the Arts will screen three Canadian films at three different locations around town.

“Canadian cinema is second to none,” said David Baker of Habitat for the Arts.

“We have talented filmmakers, talented actors, talented writers and all of those things will come together on the 29th of April for people’s enjoyment, and it’s absolutely free.”

Starting at noon, Bon Cop Bad Cop will be shown at the SnowDome Coffee Bar. An hour later, at 1 p.m., Passchendaele will begin at the Alpine Summit Senior’s Lodge, followed by The Rocket at 3 p.m. at the Jasper-Yellowhead Museum and Archives.

“People care a lot about this country and there aren’t a lot of ways to celebrate it, we get the Olympics every couple of years, but when you think about it, when else do we get to come together and actually express and celebrate how we feel about the country,” said Jack Blum, executive director of Reel Canada, which is organizing the national event.

“It’s not like you have to go out and see a Canadian movie every day. The fact is they’re fun and they’re really good,” said Blum. “They reflect our experiences in ways that foreign movies, like Hollywood movies, don’t.”

Baker said each film shown in Jasper was selected because of its relative connection to the community.

Baker said he hopes the movies will spark conversation between people who may not know each other.

“Cinema is one of those things that crosses demographics,” he said. “If you’re 14 and know nothing about the First World War, but have an interest, you may find yourself sitting beside someone who was perhaps 15 or 20 at the time the events actually unfolded.”

“Canadian movies are as diverse as the country is and I think that there is something really valuable, every now and again, or one time a year, in just giving that a little bit of your time and enjoying it,” he said. 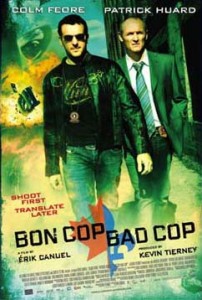 Bon Cop Bad Cop will be shown at the Snowdome Coffee Bar at 12 p.m. on April 29.

This 2006 dark comedy-thriller delves into the historical friction between Ontario and Quebec, when two Canadian detectives, one from each province, must reluctantly work together after a murder victim is found on the Ontario-Quebec border.

Police detective. Together they must follow the clues to solve the crime.
Throughout the movie the dialogue is a mix of French and English. 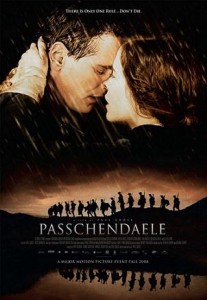 Passchendaele will be shown at 1 p.m. at the Alpine Summit Senior’s Lodge on April 19.

This quintessential Canadian film focuses on the experiences of Canadian solider Michael Dunne, played by Canadian actor and director Paul Gross, during the First World War battle of Passchendaele.

During the battle Dunne is injured and sent to Calgary where he meets a nurse named Sarah Mann, played by Canadian actress Caroline Dhavernas. Mann is ostracized and eventually pushed out of nursing because her father was of German descent and had left Canada to rejoin the Imperial German Army.

Filmed in Calgary, Fort Macleod, Alta. and Belgium, the film premiered at the Toronto International Film Festival in 2008. 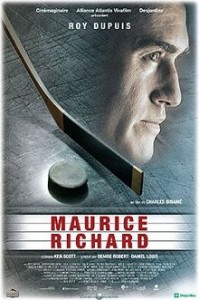 The Rocket will begin at 3 p.m. at the Jasper-Yellowhead Museum Achieves on April 29.

Released in 2005, this film exposes the life and career of hockey player Maurice “The Rocket” Richard, and the struggles he faces as a French Canadian in the National Hockey League.

Directed by Quebecois director Charles Binamé, the dialogue and hockey scenes were produced to be as true to reality as possible and were reviewed by Richard, as well as his wife and children.

Richard died in 2000 before the movie was screened.